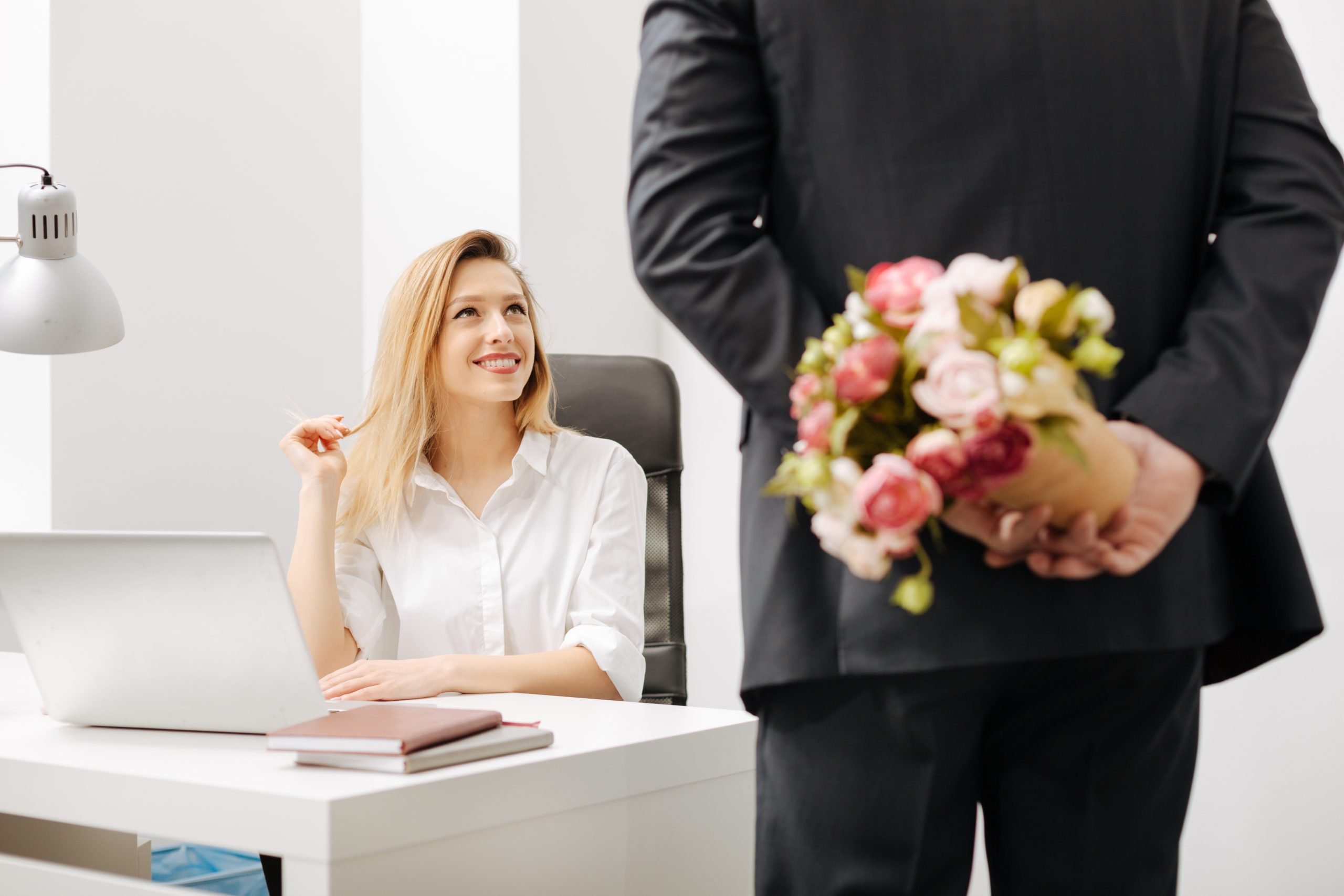 For decades we have been fed a steady diet of happily-ever-after office romances through our favourite television shows and blockbuster films, but in reality getting involved with a colleague does not always end well.

Successful and soured relationships between co-workers have claimed the careers of men and women everywhere.

Even Australia’s Deputy Prime Minister is not immune from relationship drama.

So what are the ground rules you should follow when cupid strikes and things get personal by the water cooler?

Queensland human resources consultant Katie Hamilton said employers and employees had a part to play in making sure office trysts did not affect business as usual.

“We spend so much time at work I don’t think it’s something you can prohibit or prevent in the workplace,” she told ABC Radio Brisbane’s Emma Griffiths.

“What we recommend to our clients and employers is to have really clear and transparent expectations up front about what your employees are able to do.”

Ms Hamilton said she had encountered employees in relationships who had negotiated a “love contract”, spelling out how they would behave at work.

“Some people have been creative enough to actually put it down in writing and sign it,” she said.

Ms Hamilton said love contracts were not legally binding under Australian common law, but your boss could get involved if you came forward to disclose the relationship.

“If you have disclosed it to your employer or manager, they might sit down and just have a conversation … on how [they] expect you to behave in a professional setting,” she said.

There is no set format for an office romance agreement, but Ms Hamilton said they had covered everything from where a couple could meet up and whether the details of their relationship could be discussed at work.

Ms Hamilton said they usually covered the general dos and don’ts you would observe if you started dating a co-worker.

“PDA [public displays of affection] is probably a big one. No kissing or touching in the workplace,” she said.

“We put together, with a client, some contractual expectations around no closed door meetings, for example.

“Regardless of the fact that they’re maintaining their professionalism, there’s also an element of perception it creates in the workplace.

“If you’ve got two people known, or perhaps not known to be together, if they’re sitting there having closed-door conversations, office gossip is going to naturally start with behaviour like that.”

Be aware of the risks

Ms Hamilton warned against relationships between employers and their employees.

“We’ve come across many instances in the past you would consider a conflict of interest within office relationships,” she said.

“For example, it might have been a chief financial officer that started dating a finance manager.”

She said employers who chose to date their employees risked sexual harassment claims and an awkward working environment if the relationship fell apart.

“I think it comes down to individuals having greater self-awareness and general emotional intelligence,” she said.

“How is this relationship going to potentially impact [your] professional brand?”

Ms Hamilton said it was common for things to get ugly after a break-up.

“Certainly people have left employment because it’s become unbearably uncomfortable to be in an environment with an ex-lover,” she said.

Should you disclose your romance?

It is common for organisations to have policies and codes of conduct that explain whether or not you need to disclose a work relationship.

Ms Hamilton said the culture of a workplace could play into whether or not people felt comfortable revealing a blossoming romance.

“There’s a lot involved in understanding those disclosure requirements in an employment contract or a code of conduct,” she said.

Prime Minister Malcolm Turnbull made headlines this week by banning members of parliament from having relationships with their staff following the nation’s discovery of his deputy’s long-term relationship with a former staffer.

According to Ms Hamilton, the strict approach was not always the best way to encourage staff to do the right thing.

“If it is [a workplace] where we are being really strict on our rules, does that actually create more opportunity for secrecy and indiscretion?” she said.

“Understanding what your requirements are from a disclosure point of view, that’s when you can start to manage it better.”

This article was originally posted on abc news on 16/02/2018. Click here for the original article.